Yes! We spent Christmas by the beach surfing and watching the ocean indulging in our favourite food and doing a whole lot of nothing. Bliss. Our chosen beach was Colac Bay, just South of Queenstown and the perfect place to escape the hustle and bustle of Christmas in the city.

We had one day to pack, one day. Just enough time to shove all my clothes into a backpack, pack our camping gear and sort out some transport. The van we had lined up, unfortunately, fell through, so we booked another. Now, if you’ve ever traveled New Zealand you will know that transport is pretty pricey. We had an itinerary planned and we really needed our own vehicle, after scouring the internet for hours and hours we finally found one that would work. Turns out hiring a van, an empty cargo van was cheaper than hiring a car. So, we chose a Nissan cargo Van, packed our camping gear and decided that we would just camp our way around for the week, perfect!

Flights booked, van booked, campsites booked and on route to the North Island in search of Sunshine and surf. Loaded with a pretty epic chest infection I could say I have felt better but nothing was going to stop me enjoying our week road tripping around. Van life, road trips, anything to do with driving on long open roads is 100% our jam. We met five years ago and bonded over our love for camping and exploring so any chance to do the above, we jump at.

Landed. Our van was ready and waiting with the added bonus of a little upgrade, the van we had booked had seats in the back and enough room for bags in the boot. The Van we ended up with was a full size, empty van meaning all we needed to buy was air beds and we wouldn’t have to use our tent, we were so happy about this.

We were out of the door quicker than the average punter. Boards and bags are thrown in the back and on route to our first destination. The Mount.

Mount Maunganui, the elusive mount, the place that homes everyone who decides to leave Queenstown and apparently home to some pretty awesome breaks. My chest was driving me crazy, I know had a cough that was keeping the whole campsite awake and I could walk around three steps without being out of breath and wheezing. Robbie pretty much carried my bag the whole trip to ease off my chest, the wee legend.

We hiked the Mount, with everyone else who lives in Tauranga. It was busy, real busy but it was to be expected and I didn’t really mind. I was more focusing on making me sorry wheezy ass up that hill. The walk is around 50mins, however, took me well over an hour due to the lack of oxygen. It was so beautiful at the top. The long stretch of beach, the town below and being able to see a total 360 was pretty epic. I gave my lungs a little rest and then we started the walk down and straight to a chemist for medicine. 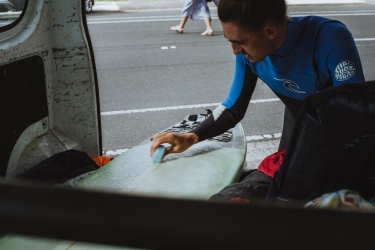 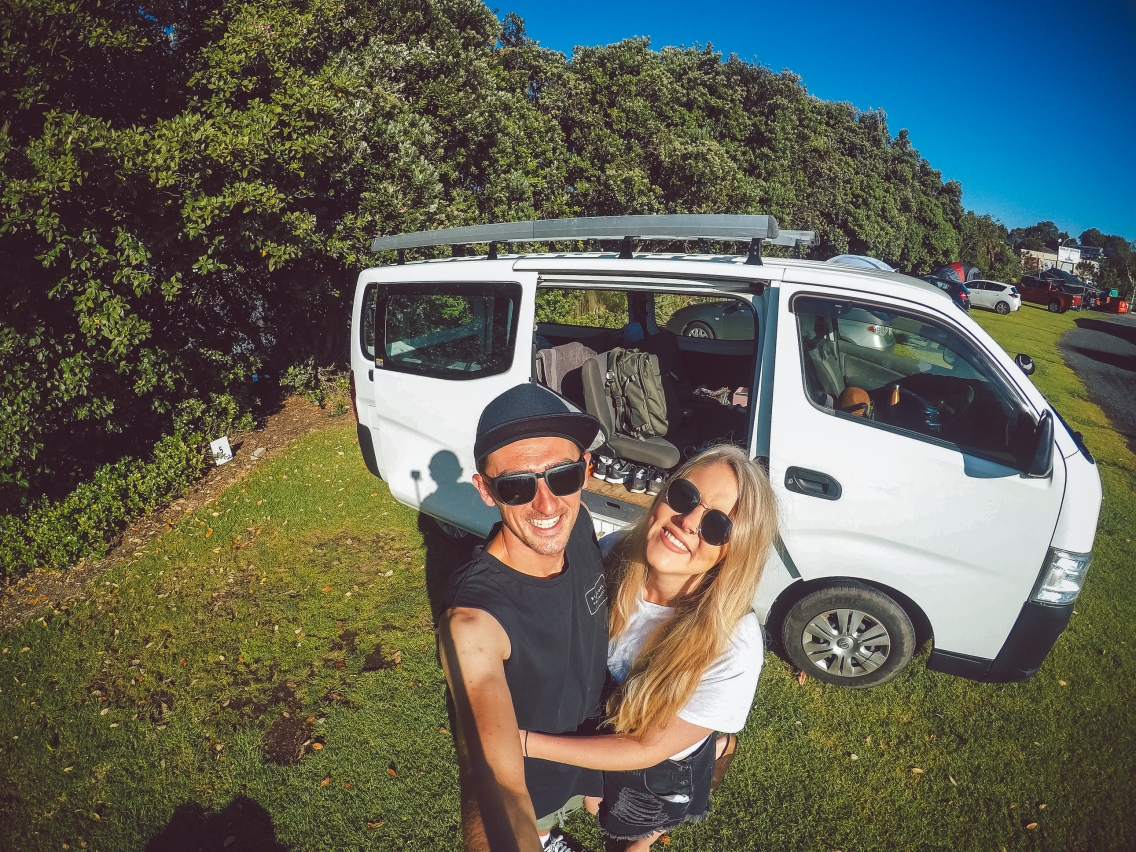 The main street of Mount Maunganui is where all your shops and cafes are. We found a beautiful little café and I indulged in one too many Lemon, Ginger, and Honeys hot drinks. Robbie fuelled up before a surf and we spent the day relaxing on the beach. Unfortunately for the duration of our visit the waves never really picked up, but we had such a great time watching the world go by, drinking tea in the back of a van. We explored further up the beach to Papamoa, which to me felt like the nicest part of Tauranga.

On our final day in the mount, we woke early, did one last drive by wave watch and set off to another coastal town. We drove slowly, taking in the sights of the beautiful countryside. We also hit the craziest patch of fog, randomly, quite literally out of nowhere when we exited a valley. It was pretty intense driving through with zero visibility, but it lifted to reveal miles and miles of rolling green hills. 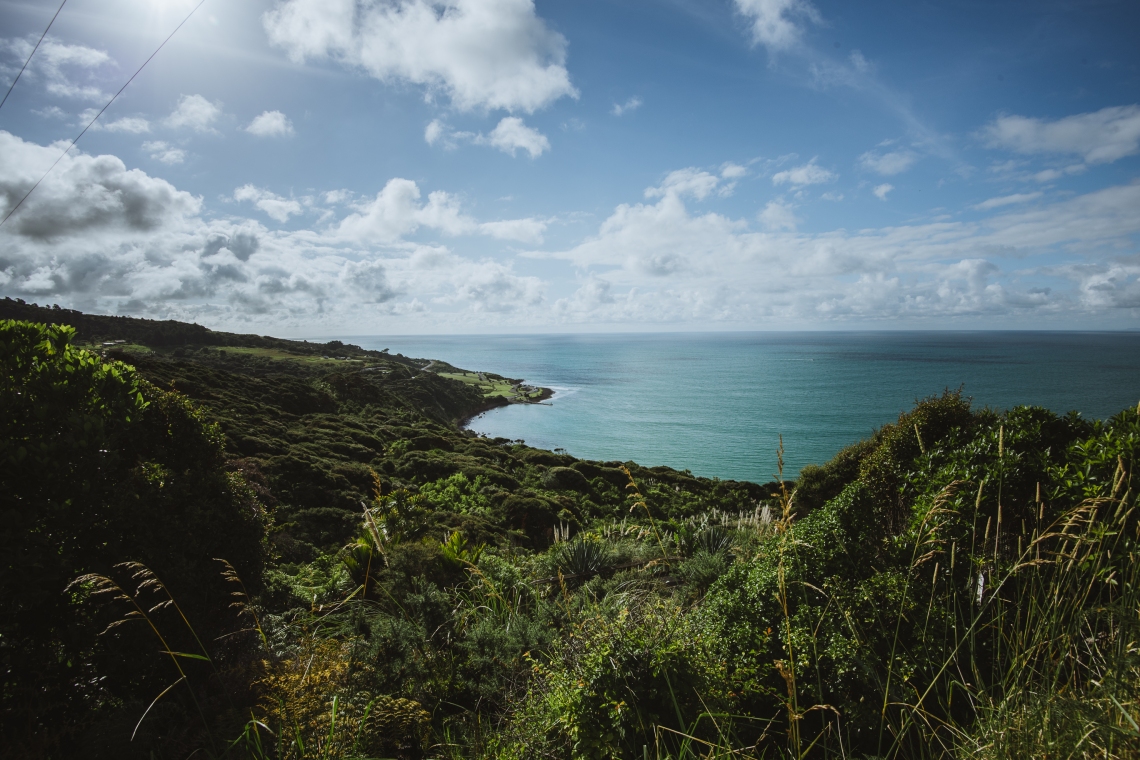 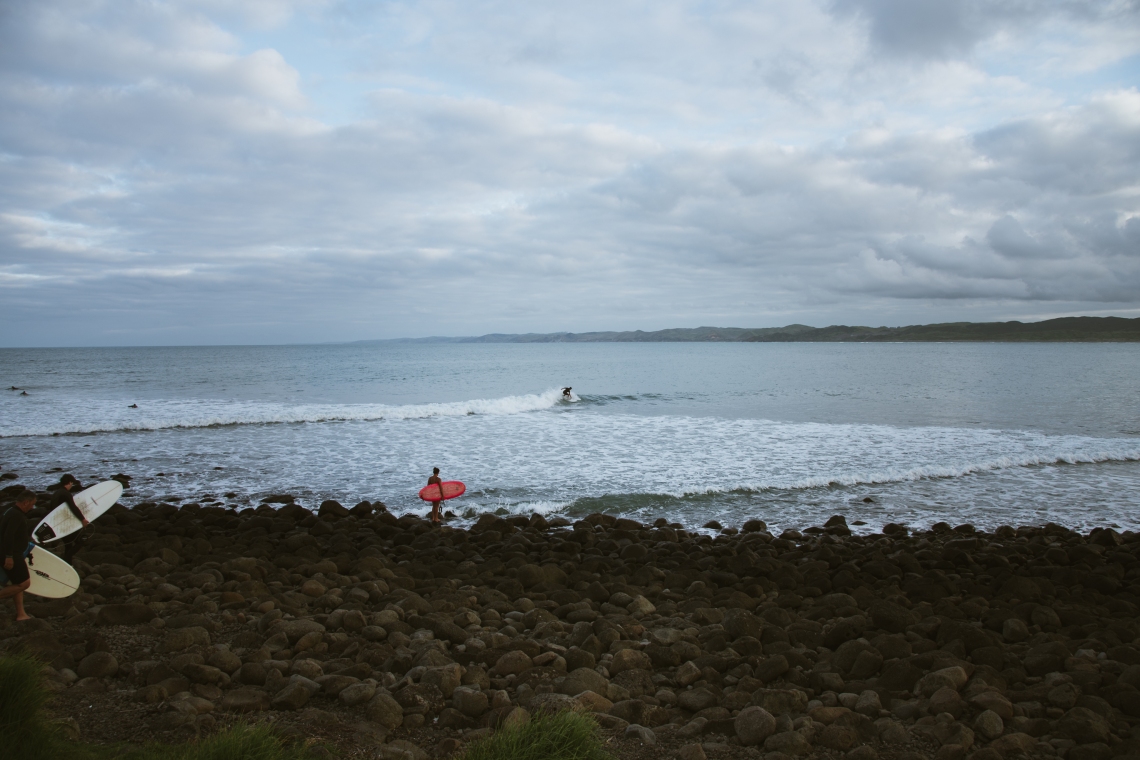 Raglan is beautiful. We instantly fell in love the moment we arrived. It’s small, it’s quiet, its everything we love about surf towns. We hit the beach and Robbie was in the water before I made it to some shade. It was hot, I found the smallest patch of cover and hid under that for a few hours. Raglan was pretty awesome. We watched kids in the town jump from the bridge, ate home-made Gelato and Robbie surfed two breaks, one being the longest left in New Zealand. 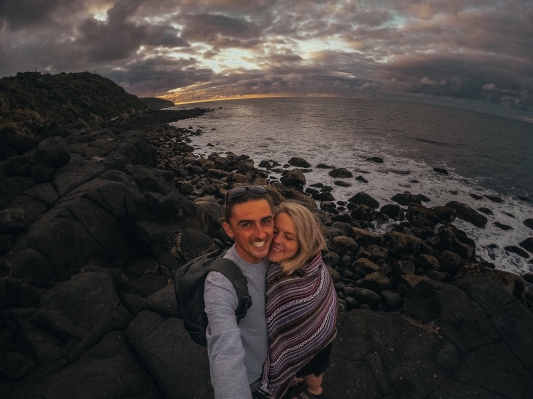 We stayed the night and set off Early the next day for Auckland. A very uninspiring motorway drive later we hit the familiar ground. I am lucky enough to have a beautiful family up North that we stay with every time we visit. We brought in the new year drinking homebrew and listening to the musical talents of the whole family, oh and Pizza, there was a lot of pizza. 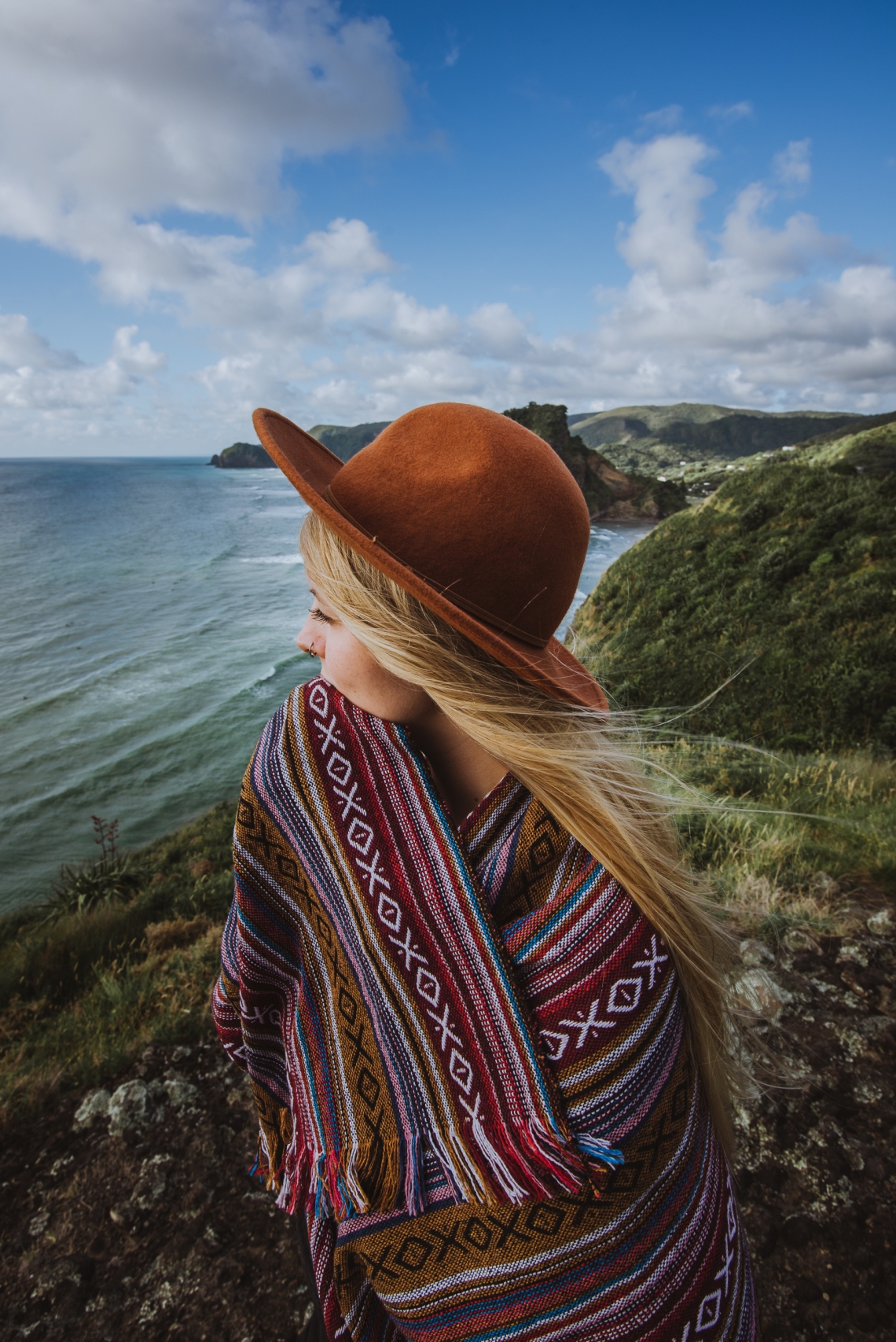 When I arrived in New Zealand 5 years ago my friend picked me up from the airport, introduced me to her family and took me straight to her favourite place. Her favourite place quick became my favourite place and every time I go up North, I visit it. Piha beach is magical. Lion Rock, the black sand and the golden light is so dreamy. Even the drive alone through the Waitakere ranges is insane, it feels like you enter another world when in reality you are only 30 minutes away from the big city. We also visited Muruwai on this trip, another beach on the West Coast of Auckland, famous for the Gannet colony. 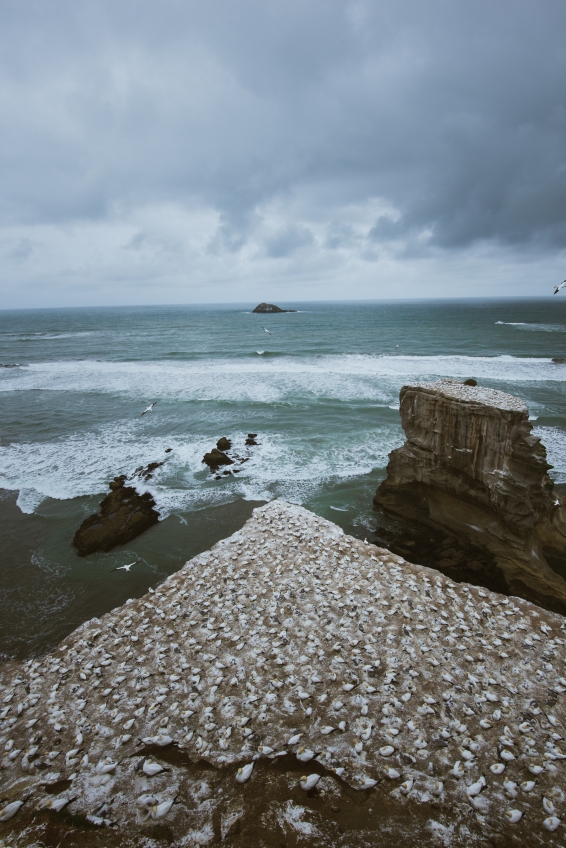 I was so keen to head here and see it for myself. The bird rock was pretty interesting as the babies had just hatched and the area was rife with activity, birds flying overhead and tending to their young. However, the smell was unbearable, as you can imagine a mass amount of birds, strong coastal wind and rock covered in bird poop. The views of the wild west coast soon made up for it as did the long stretch of sand and moody weather. It was a refreshing break to put raincoats on for the day.

This whole trip was everything we wanted from a North island roadie. It was short but sweet and we explored new beaches that have been on our list since we arrived in New Zealand.

Until next time Van Life.