We got the night bus from Hoi An to arrive in Dalat the next morning, I did wonder if taking a bus would ever be smooth in this country, this one broke down and ran out of petrol in the middle of no where. I seemed to be the only person awake. I woke Robbie to which he just wanted to sleep. Thankfully a mate of the driver filled us up and we were on the way to Dalat. We pulled into a huge bus station and loaded onto another mini bus which spent the morning winding up the mountains very very very close to the edge, you’d think an overturned truck on one corner would maybe spur the driver to slow down and be a bit cautious but nope he sped up toward Dalat. We arrived in the afternoon and it was a little grim, the weather was dull and he whole place had a really weird vibe, we ended up only booking one night and leaving the next day, we didn’t feel the need to waste the time staying there when we weren’t overly fussed. Opting for a day bus this time I enjoyed the views the whole way to HCMC and when pulling in it resembled Hanoi with the bustling streets and thousands of mopeds zooming around. 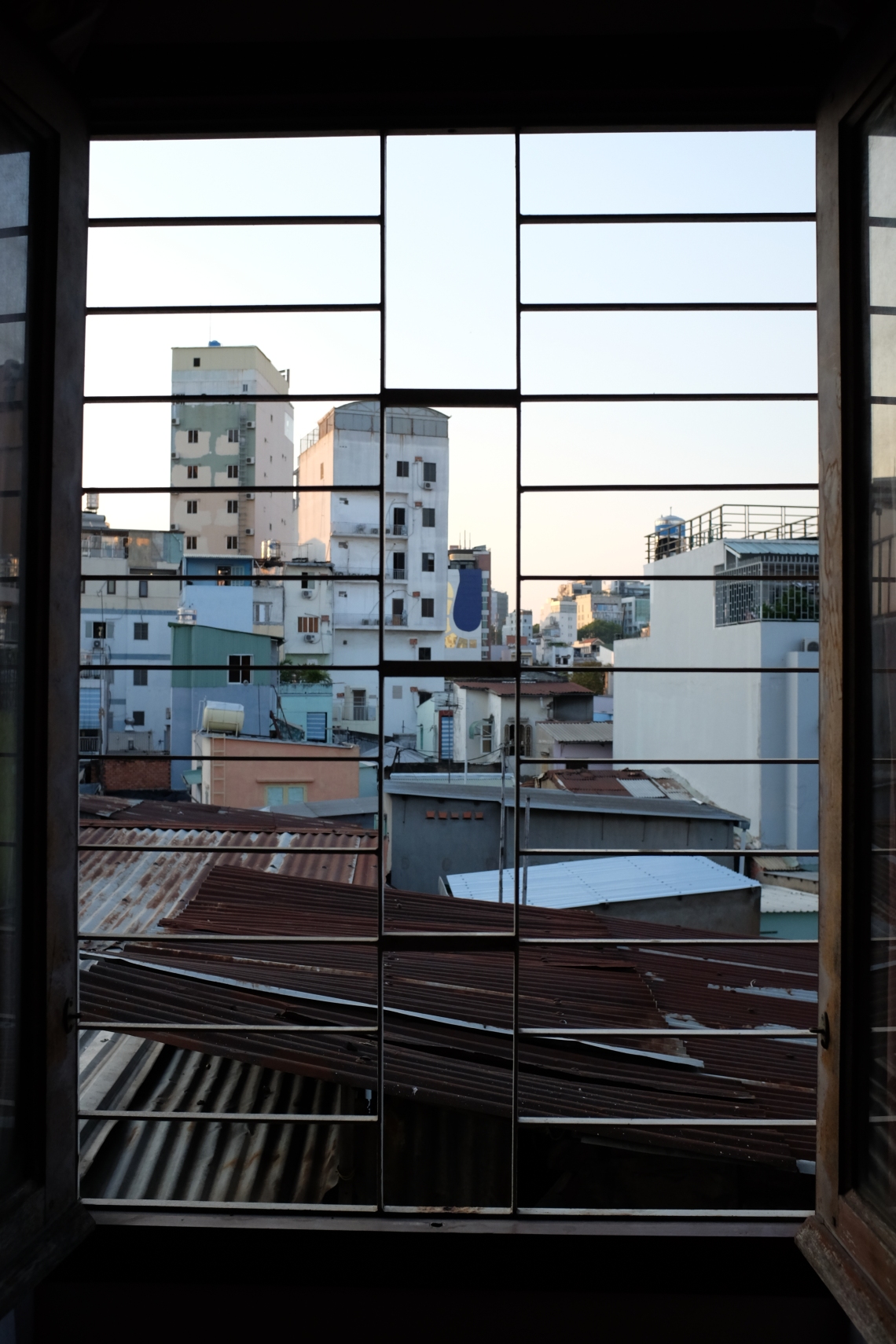 We had been given a hostel recommendation so we set off and found ourselves on the main strip, which turned out to be the backpacker street, very similar to Koh San Road. It was hot, so so hot in the city but it was full of life and I was loving it. We visited the war museum, which was a full collection of photographs and memorabilia from the war. Although the photographs were all very heavily one sided it really opened our eyes to the brutality of the Vietnamese war and the barbaric nature of the Americans, we took so much information about the war away with us and it was really emotional at times. I’ve always been a fan of war photography and a certain war photographer Robert Capa, who unfortunately was shot dead while documenting the war. I saw his some of his most famous images in the museum and it was so moving. 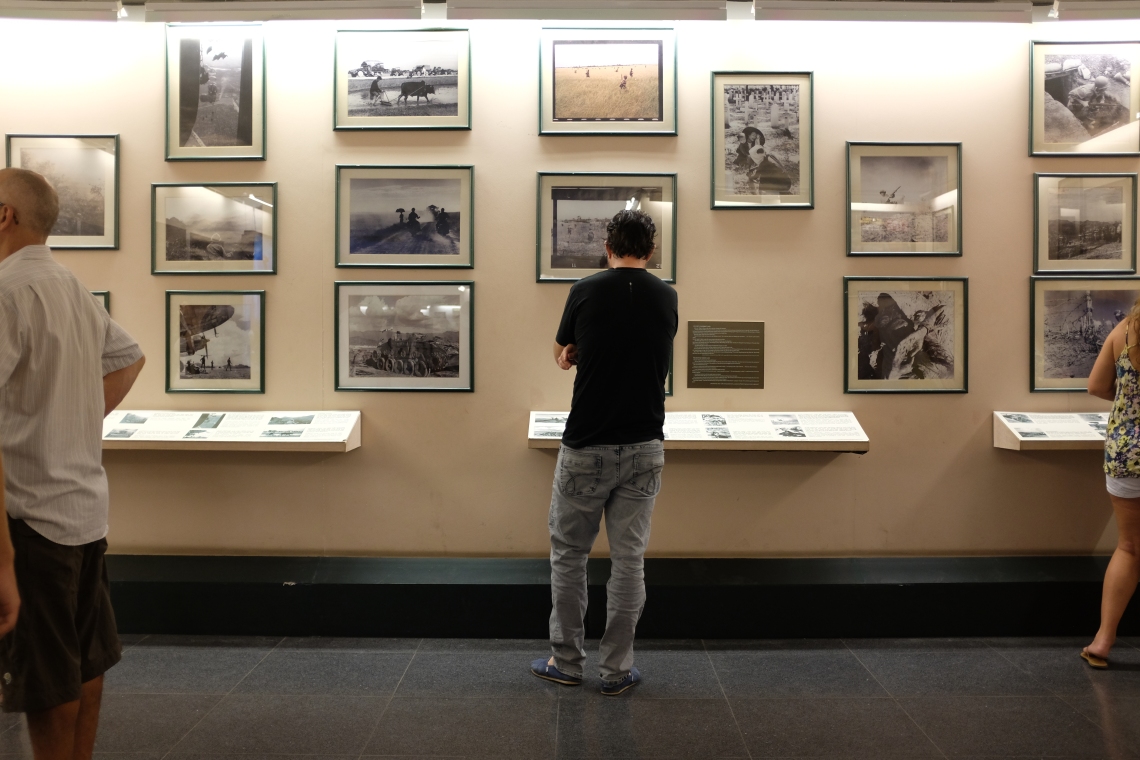 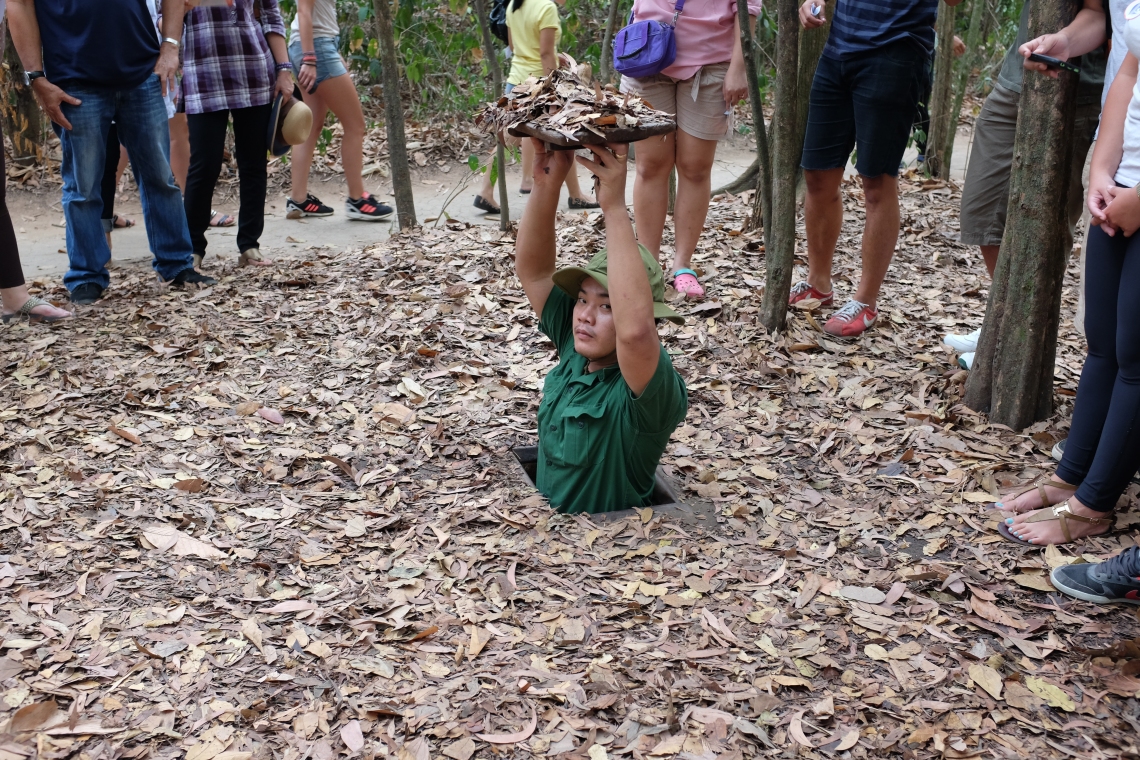 We really wanted to visit the Chu Chi tunnels. They were used by the Vietnamese in the war; this was such a good trip. We again had a guide who fought in the war and he was so serious and commanded attention the whole tour, I was staring at him the whole time in the hope I didn’t get told off! He kept directing questions at the group and was so angry when people didn’t know the answers. Robbie was brave and squeezed in the little holes they dug in the ground to hide, I was scared my ass would get stuck or I wouldn’t be able to lift myself back out so to save embarrassment I just watched. We saw all the tricks and traps the Viet Cong used against the Americans. They were so clever and managed to fight back with nothing but sticks and the land, that’s until they started killing them and taking their weapons. The tunnels were used as little rat runs to out smart the Americans but also housed a fair few Vietnamese during the course of the war, they have been slightly modified for tourists but still they were pitch black and so small. I braved it and walked the 40 meter trail with Robbie behind pushing me through, god it was hot and claustrophobic but so worth it and I am still baffled at how people managed to live, work and fight a war from down there!

For my birthday we decided to visit the Mekong Delta for three days, a boat trip down the Mekong and to the largest floating markets in Asia, it was amazing. The palm covered river was so peaceful and I finally got myself a traditional Vietnamese hat, but I had to give it back at the end! The three days went so quick as we visited loads of little villages, one that makes coconut candy, one that makes honey and one that makes rice paper used for noodles or spring rolls. It was all very exciting and of course I wanted to play with everything and make my own rice noodles. we also randomly got a tour in a horse drawn carriage which meant I could pat all the horses until we had to get back on the boat. The floating markets were so much fun, we got to watch as everyone went about their day throwing pineapples and all other kinds of fruit and goodies back and forth to each other. The boats were not only the distribution centre but also the homes for the market workers, it was all very busy and such a buzz. Back in HCMC and it was my actual birthday, we spent the night in a beautiful roof top bar with a view over the city all lit up, I drank cosmopolitans and enjoyed a beautiful steak dinner, it was such a lovely way to spend my birthday and round off an amazing adventure through Vietnam. The next day we went for birthday coffee and cake and chilled in the park before having to pack the bag one final time. We fine dined a takeaway pizza and enjoyed our last night in Vietnam, Australia bound in the morning. 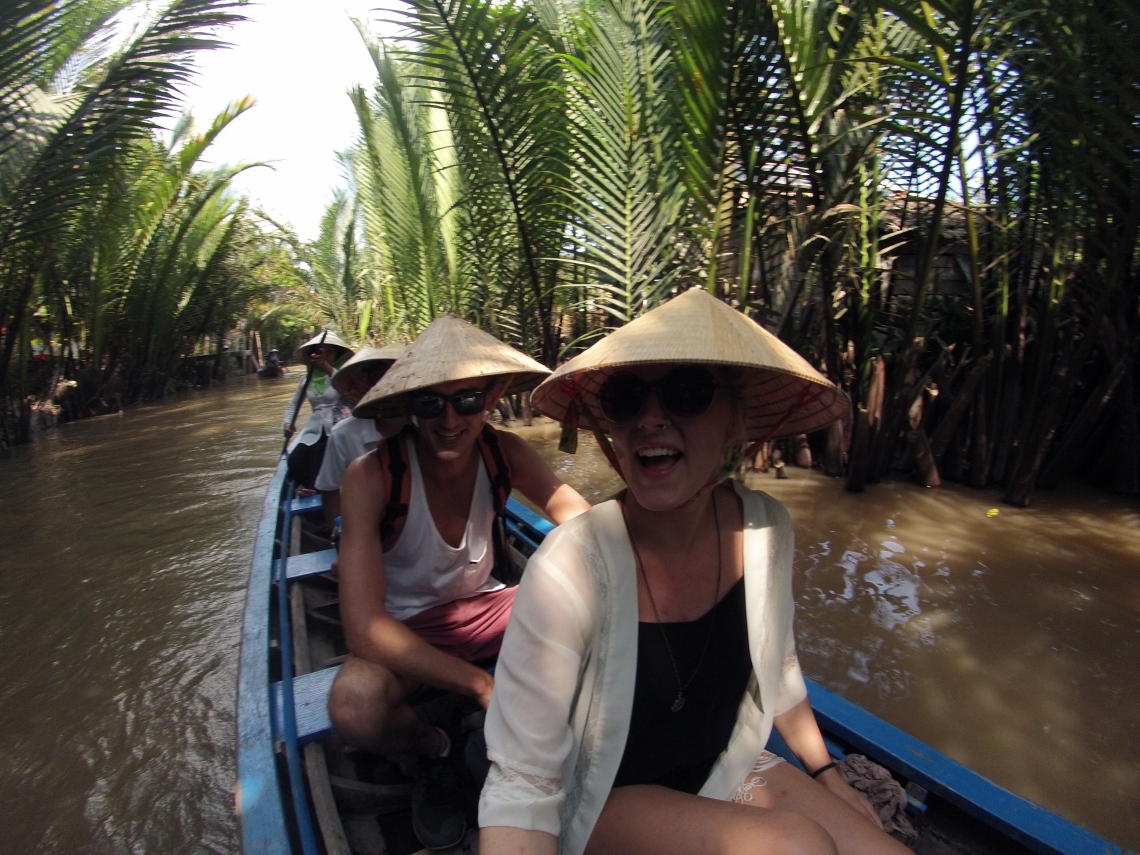 Asia was incredible, start to finish and I only have Robbie to thank for that. It was the most thoughtful Christmas present and I’m so happy I got my first taste of Asia with him by my side.